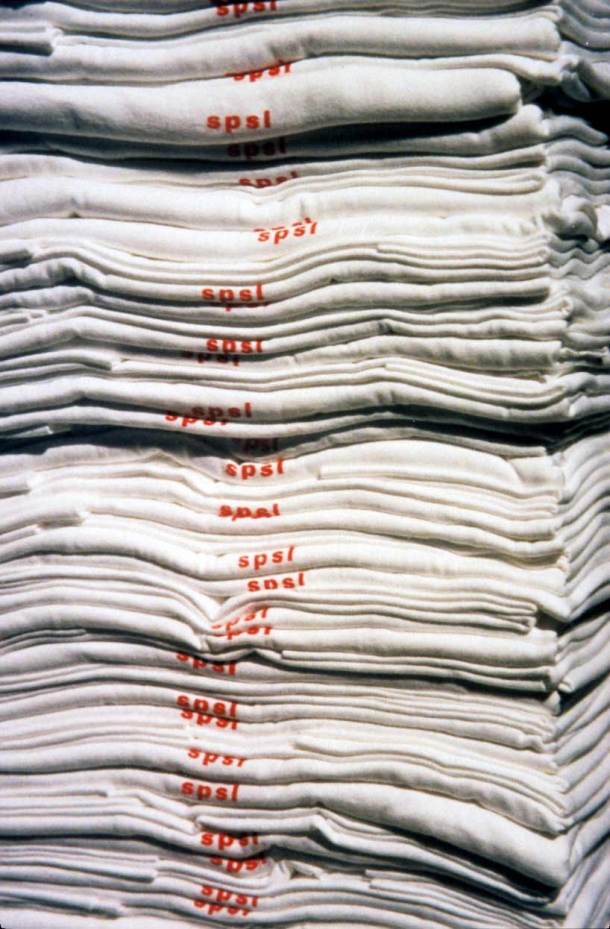 In 198 Gallery’s shop space, I placed a tower of T-shirts onto a plinth, a miniature high-rise repeatedly endorsed with a self-appointed legend, ‘SPSL,’ my earlier, evasive, empty chops displaced by a bold brand, a tongue-in-cheek authenticity. The tower stood before a wall of framed slogans, in the manner of commemorative plaques or memorial walls found in Chinese temples, or minimalist multiples. Monumental Bargain and 97 Proofs inject a hybrid specificity into the citation of Western art historical grids and stacks, the customised collection of belated mock souvenirs, original takes and authentic fakes playing on the ubiquity of ‘fake brands’ in Hong Kong rendered in Chinglish, whose commonplace acceptance skewer notions and values attached to the authentic, ‘genuine article’. Some invoke clichéd perceptions around Hong Kong and China, and Chinese in Britain, others commemorate ambivalent sentiments relating to the Handover. Referring to the abundance of souvenirs encountered in commemoration of something that was yet to happen (in the temporal if not political sense), these pieces comment on the handover as an event to be consumed as well as remembered, or remembered by consumption; and on history and art (in a ‘YBA’ and global capitalist climate) as market-savvy nostalgia. Buy a T-shirt, choose a slogan…