Trialogue was the first in a series of events curated by susan pui san lok as part of Golden (Lessons), an exhibition and residency at Beaconsfield, London. Structured as a conversation in English between three curatorial perspectives and taking the conjunction of the terms ‘nostalgia, aspiration, diaspora’ as a point of departure, the speakers were: Sonia Boyce (artist and AHRC Research Fellow, Wimbledon College, University of the Arts); Irit Rogoff (Professor of Visual Cultures, Goldsmiths College, University of London); and Naomi Siderfin (Director, Beaconsfield). The discussion was accompanied by simultaneous, makeshift Cantonese translation, by the artist. The ensuing transcripts were co-edited and substantially annotated by the event’s chair, Joanne Morra. The resulting experimental collaborative text, ‘Trialogue/Quintet’, appears in Golden (Notes). 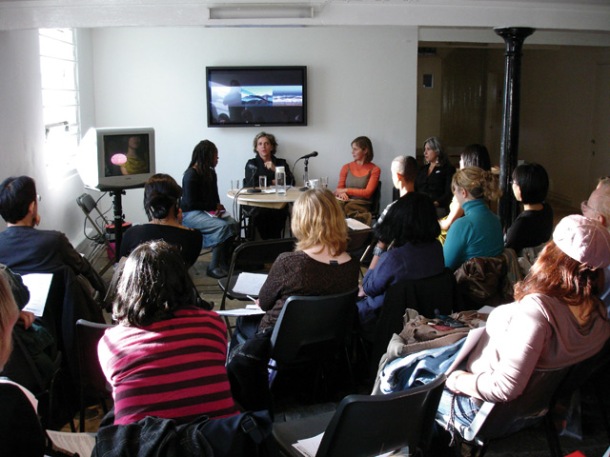