RoCH Fans (2013, work-in-progress) explores the various TV, film, anime and comic book translations and adaptations of Jin Yong / Louis Cha’s series of wuxia novels known as The Condor Trilogy (1957-61). Featuring a timeline of clips shared by fans, the work is part of a larger project in its early stages called Our Ancestors, concerned with notions of history, heritage and language, and shifting modes of attention, transmission and dissemination among migrant generations within and beyond China and Asia. 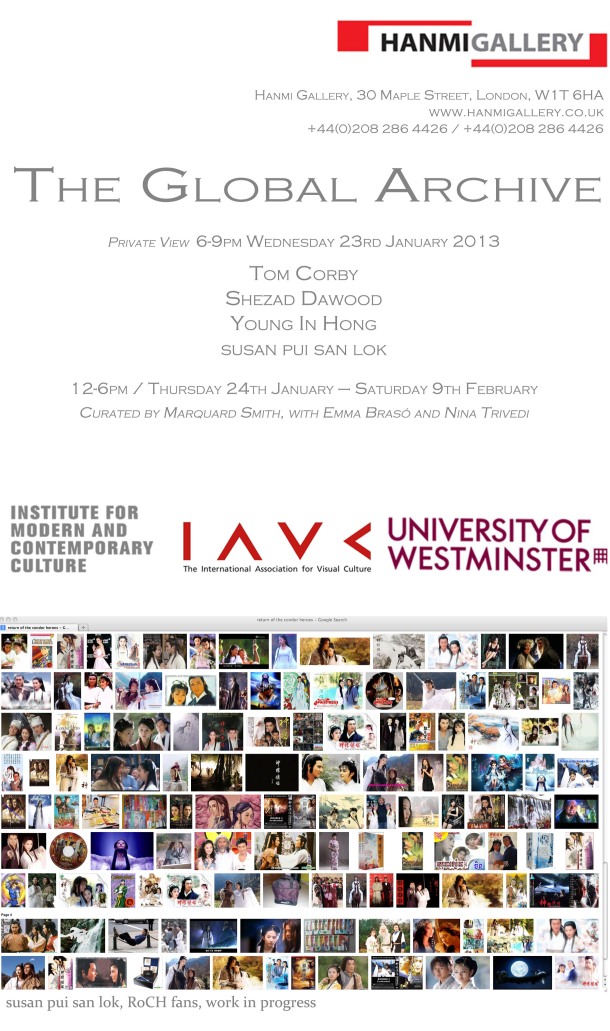